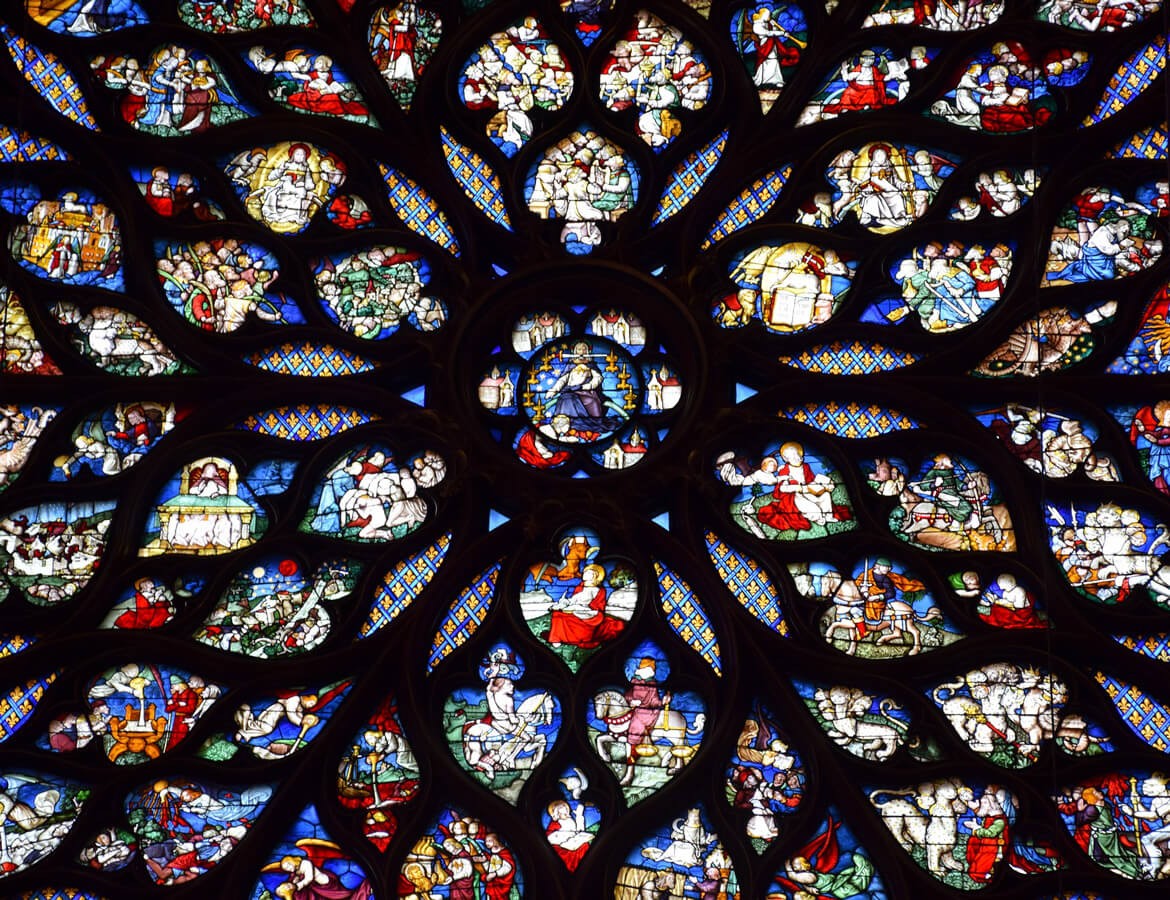 ORIGIN OF THE STAINED GLASS WINDOWS

Although there seems to be no doubt that the Phoenicians developed the technique of blown glass in the 1st century BC, the origin of the stained glass windows (also called stained glass windows) is still uncertain Although during the Roman Empire glass was used extensively to make all kinds of objects and beads, it was not until the time when in art it was known as Romanesque, that the stained glass windows appeared. This period is usually between the 6th and 11th century. It was the Romans who around the fifth century began to combine different oxides to achieve different colorations and thus give origin to the colored glass.

However, recent archaeological discoveries in the Church of San Vitale in Ravenna dating from the year 540, they seem to reveal that Middle Eastern Islamic art had already developed this technique before and had introduced it together with trade in Europe. This makes sense since it was Syria and Mesopotamia that spread the glass industry throughout the Mediterranean.

During the Romanesque period the construction forms conditioned the works with glass. Its architecture based on broad pillars, semicircular arches, buttresses in walls that supported vaults and roofs, meant that the stained glass windows had to adapt to narrow windows. In Gothic architecture, its two basic structural elements, the pointed arch or ogive arch and the cross vault allowed a better distribution of loads and a height much higher than the constructions. In this way, a space was opened for the creation of large stained glass windows that allowed not only to ease the walls but also to reflect in their designs the symbolic and cultural changes of the time.

The transition from Romanesque to Gothic took place progressively and at different rates in different regions of Europe. This artistic expression that became the main form of monumental painting in the thirteenth century, XIV and XV transformed the concept and symbology of light inside religious buildings and allowed the creation of sublime stained glass windows.

Over this period, both designs and materials varied. Technological advances in glass processing allowed different thicknesses to be obtained and the colour palette to be expanded by incorporating new shades beyond the classic red, blue, purple and green. From rather simple and geometric forms, it gradually passed to pictorial figures that at their climax were made by the main painters of the time who passed the cardboards with the moulds to the master glassmakers. High lanceolate windows or round rosettes were characteristic of this artistic style.

The Sainte Chapelle church in Paris is considered one of the most important buildings in the evolution of Gothic architecture in the 13th century. Its structural design, lacking wall supports, led to magnificent polychrome stained glass windows that continue to filter light through them. Other outstanding stained glass windows can be found in cathedrals such as Chartres, Le Mans and Tours (in France) or Canterbury, Lincoln and York in England.

THE GOTHIC STAINED GLASS IN SPAIN

Most of the Gothic stained glass windows were made by foreign artists, many of whom remained anonymous. The most outstanding examples of this art in Spain can be seen in the cathedrals of Barcelona, Seville, Palma de Mallorca, León and Toledo, also in many monasteries, churches and palaces of the time.